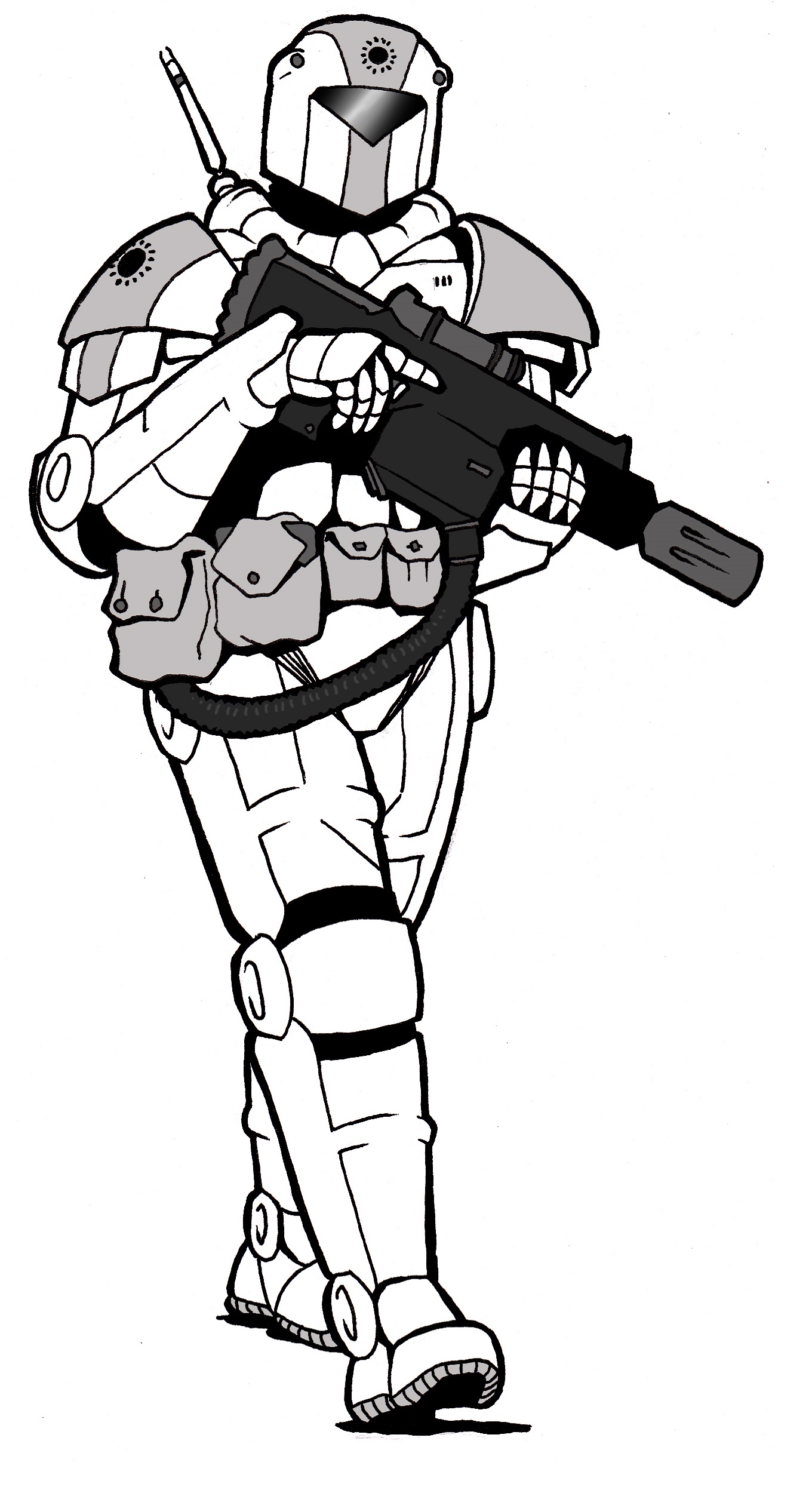 The Marines of the Imperial Marine Force operate in space or on alien worlds and fulfill multiple roles: starship, starport and base defence, landings on planets and moons and boarding actions, and fulfilling rapid-deployment needs throughout space. Often operating in squads, Marines may be deployed via dropship or other specialised insertion craft. Their battledress varies by Tech Level and mission, ranging from fatigues, to Combat Environment Suits, to powered Battle Dress. Equipment and weaponry is equally varied by Tech Level and mission, and ranges from conventional firearms, to Gauss weapons to man-portable high-energy weapons. An individual who has served in the Imperial Marines may find employment as a mercenary.

This booklet deals with those hard-charging bootnecks: the Marines.